In this article, we will discuss pony walls.

Pony walls consist of top and bottom plates, the horizontal components to which the vertical studs are connected, just as in the regular walls. The studs are established with the same 16-inch or 24-inch spacing employed entirely by the house.

Pony walls are flexible building materials that may be employed in any area of the home. Pony walls may be located in any of the rooms, containing the entry, bathroom, drawing room, and bedroom. They separate huge areas into smaller ones while maintaining an open, breezy atmosphere. Also, walls are usually employed as safety rails at the tops of stairs.

The different types of pony walls are as follows:

Pony walls can also be employed as load-bearing walls that are placed on a foundation’s sill plate and keep the roof joist above them. These walls are generally directed to as cripple walls, support the whole structure and transfer the weight to the foundation.

There are two methods to employ the pony walls as a bookcase. The first method is that the top of the wall can be released and turned into a wall shelf by just leaving the slots open. The second method is placing a shelf on top of the pony wall to hold your books.

This type of pony wall offers you a sturdy base to ensure a railing and more wall space to show photographs or artwork. Many architects would build a wall along one side of the entrance rather than just making full walls on each side of falling stairs.

This type of architecture prevents people from slipping over the edge, which acts as an essential safety measure, and delivers an excellent background against which to place the furniture.

Pony walls may be constructed between the main living space and access to form the mudroom. Things for the outdoors and shoes should both be held behind the wall. By doing this, they won’t be observable from the living room. These walls also guide foot flow from the front door to the main room of your building.

Pony walls are a perfect option for making a separate space for kids because of their short height. Also, pony walls may be employed to separate the number of rooms to complete play areas in other house spaces.

At times, it might be hard to guess how to design a space with a layout. The pony wall can be employed to divide rooms for various purposes, like a dining room from a living room.

Pony walls are sometimes employed in bathrooms to make a private area for the toilet or shower, to complete a vanity, or to partly retain a soaking tub. If you keep pony walls near the toilet, you will have a better sense of privacy. They also show an alternative for separating two rooms. If you set it in a shower, you could conceal it with glass to provide the space with a more impressive look.

Because these walls are tiled, waterproofing is a complete necessity.

The construction procedure of Pony wall is as follows:

a. Design the area of your pony wall before assembling it. This method works well with huge interior walls with a path-maker design.

b. The most important factor is length. The whole room may be protected by the half-wall design or merely a piece of it. You may also build a wall close to another wall or two walls with an opening between them.

c. The pony wall may be constructed such that the studs line up with the floor joists directly below it. The studs must be placed under the floor joists above them when the half wall is expanded from a foundation wall.

d. Pony wall surface enhancement is permitted if the wall is longer than 3 to 4 feet.

e. Ensure that the lengths of all of your vertical boards are uniform. The next is to cut the top and bottom boards to the exact length.

g. A pony wall is easy to establish. It should be connected in place and positioned against at least one wall. To keep the floor level, draw a line over the whole surface. Set it there and employ screws to fasten it to the ground.

h. It is best to screw the wall into the main wall. There are also several mounting positions.

i. When the pony wall is made to cover the whole width of the floor, it is more useful to screw it into both main walls on either end.

3. Advantages of the Pony Wall

Here, the advantages of the pony wall are as follows.

a. You can construct pony walls to your need. You can choose the proper one which you require. It is feasible to style pony walls in nearly every design to establish the mode of any home.

b. You don’t need any professional for the installation of a pony wall.

c. A pony wall is appropriate for both parts. If you have a clear surface idea, you may choose the clearance of sunlight, but you may not love how all cabin requires to be bright.

d. Pony walls provide the most help for the climate.

4. Disadvantages of the Pony Wall

Here, the disadvantages of the pony wall are as follows.

a. A surface design with pony walls may arrive illogical. Pony walls can reduce the size of a home by separating it into small places.

b. You may sense a limit to having pony walls over you. A pony wall may seem less private than a small box confining space like the washroom.

a. What Can I Do with a Pony Wall?

Employ a pony wall to split the sleeping space and the closet, home office, or bathroom. Employ this wall as a headboard, add storage inside, and secure shelves or lamps and sconces. If you want a sleek look, opt for a non-storage pony wall. This is a fantastic concept to zone the bedroom and maintain it spacious and light-filled.

b. What Is the Purpose of a Pony Wall?

A pony wall makes a visual and functional barrier between two areas of a large room or open floor plan, without shutting them off from one another and leaving either element feeling cramped. Because it doesn’t advance to the ceiling, the recently created spaces maintain an open look and feel.

c. What Is a Pony Wall Construction?

A pony wall is nothing more than a short wall, and the term is usually employed interchangeably with “knee wall” or “cripple wall.” Pony walls, like regular walls, have top and bottom plates, that is, the horizontal members that the vertical studs fasten to.

The term pony wall is employed to guide to a load-bearing wall that rests on the sill plate of a foundation and supports the joists of the floor above it. These walls are sometimes called cripple walls, and they hold the load of the whole structure and share it with the foundation. 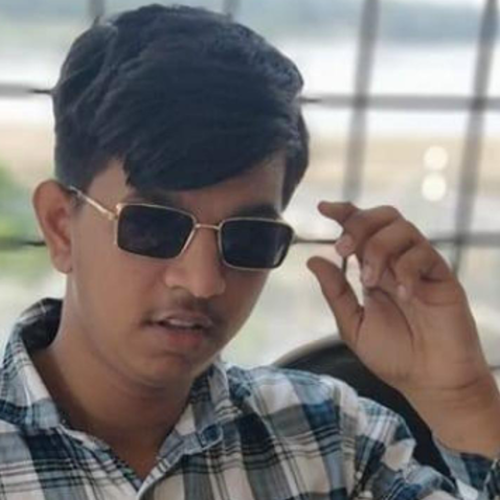