The world is being shaken now and then by the tremors of the earthquake and hundreds of structures particularly buildings are being knocked down by the great seismic forces exerted. This has posed a great threat to the lives of people. Due to this, different studies are being carried out to develop earthquake-resistant techniques. One such technique that has been developed is the use of Seismic Dampers.

The seismic damping system is specially designed to boost the structural integrity, control structural damage and protect lives during the earthquake.

The main principle of such a damping system is the dissipation of seismic forces and absorption of energy thereby reducing the deformations of the structure.

A Seismic Damper can be defined as a mechanical device that dissipates the kinetic energy of seismic waves passing through the building or other structures.

The seismic damper is an innovation that greatly reduces the vibrations in the structures that are induced during the occurrence of the earthquake.

Generally, when an earthquake strikes a building or other structure, seismic waves penetrate the building and induce vibration.

The seismic dampers then come into play and thus minimize the damaging effect and enhance the seismic performance of the structure.

These are extensively used in buildings and bridge construction.

Seismic dampers are used in place of structural elements such as a diagonal brace.

The main purpose of seismic dampers are:

1. To protect the structure against earthquakes.

2. To reduce the structural damages.

3. To increase the strength of the structure.

4. To decrease the seismic force and reduce the deformations of the structure.

5. To increase the life span of the structure.

The different types of seismic dampers that are commonly used are described below:

Viscous dampers consist of a piston-cylinder arrangement in which silicon-based gel or fluid passes.

As the silicon-based gel passes through the piston, the seismic energy is absorbed.

Viscous dampers are very efficient in absorbing minor as well as strong earthquakes as well as wind.

Due to this reason, such dampers are extensively used in high-rise buildings.

Viscous dampers can function at ambient temperatures ranging between 40 degrees to 70 degrees Celsius.

Viscoelastic dampers are the type of dampers that consist of an arrangement of steel plates between which viscoelastic materials are placed.

Such dampers are based on the principle of conversion of mechanical energy into heat.

The performance of viscoelastic dampers mainly depends upon the frequency of loading and the ambient temperature.

These types of dampers are commonly used in buildings.

Friction dampers are the type of seismic damper that consists of an arrangement of inclined steel plates sliding against each other in an inclined position.

In between such steel plates, friction pad material is placed.

Friction dampers dissipate the seismic energy by the friction action between the surfaces rubbing against each other.

Vibration dampers also commonly known as vibration absorbers are the type of seismic dampers that consist of a half tunnel-like passive control device mounted on the structure itself.

Such an arrangement of dampers facilitates the reduction of the amplitude of vibrations of lateral forces such as wind and earthquake.

These dampers are extensively used in transmission lines, automobiles, and tall buildings.

Yielding dampers or metallic yielding energy dissipation devices are the type of dampers that consist of metal alloy or yielded metal.

Such dampers are very efficient and economical as well. Such dampers are also known as dynamic vibration absorbers as they can efficiently damp such vibrations.

Magnetic dampers are independent of temperature and are quite economical.

Some advantages of seismic dampers are:

1. It provides safety and protects lives during the earthquake.

3. It increases the strength of the structure.

4. It increases the life span of the structure.

5. It protects bridges and buildings and reduces damages.

Some disadvantages of seismic dampers are: 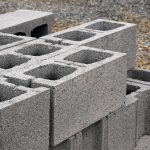